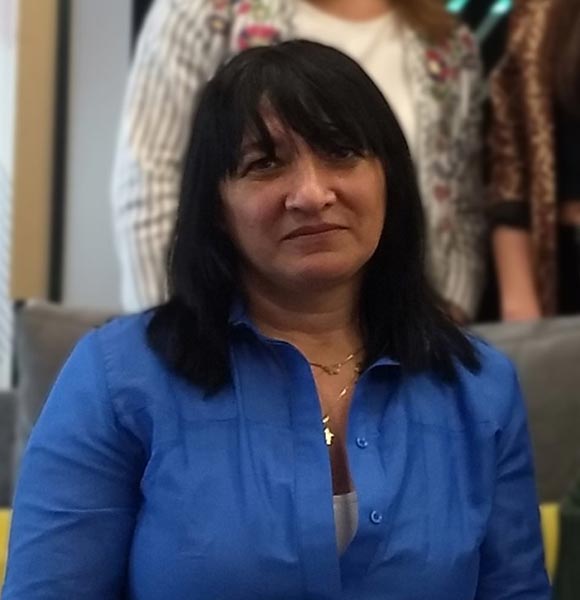 Dr. Ethel C. Feleder, doctor, specialized in Pharmacology. He graduated from the School of Medicine, University of Buenos Aires (UBA). In 1999 he obtained his doctorate in Medicine from the University of Buenos Aires, for his work in cardiovascular pharmacology. Later he obtained his degree in Pharmacology Specialist, then completed the Superior Specialist Course at the UBA School of Medicine. He also completed his graduate studies in Clinical Pharmacology at the Tufts Center for Drug Development Study, USA.
She began working as a researcher in the basic clinical field after obtaining a fellowship for Advanced Research from the National Council for Scientific and Technical Research (CONICET).
Dr. Feleder taught pre-graduation and post-graduation courses in Clinical Research and Pharmacokinetics at various academic institutions, such as CONICET, the Favaloro School of Medicine and the Italian Hospital. She is the author of more than 15 original investigative writings, published by international newspapers, and offered more than 40 presentations at scientific conferences both locally and internationally.

After graduation, Dr. Feleder became a Medical Intern in the Department of Clinical Medicine at the José de San Martin University hospital, and was for a period of 5 years, Sub-Investigator in bioavailability and bioequivalence tests in the School of Pharmacy and Biochemistry, UBA. It was there that he began working in the Pharmacokinetic field, as a member of a pioneering group in bioavailability testing in Argentina (1994). As a Sub-Investigator, I carry out numerous bioavailability tests for local and international pharmaceutical companies.
From 1999 to 2001, Dr. Feleder was Project Manager for Phase II and III clinical trials for the international pharmaceutical industry, to which I also provide medical-pharmaceutical consulting services.

In 2001, she joined a private global pharmaceutical company as Head of Clinical Research, reaching the position of Director of Medical Affairs and Drug Metabolism after 5 years in the company. During that period I introduce different regulatory agencies around the world, such as FDA, EMEA and agencies in numerous Asian countries. Under her medical direction, the company completed 4 clinical programs for NDA products and 5 programs for ANDA.

The Society of Clinical Pharmacokinetics Research reference in Argentina.

Professionals of our staff will attend giving all necessary advice.

Since 2003, with recognized credentials, our primary objective has been to provide the Local and International Industry with Clinical, Pharmacological, Regulatory, Bio Analytical and Statistical...